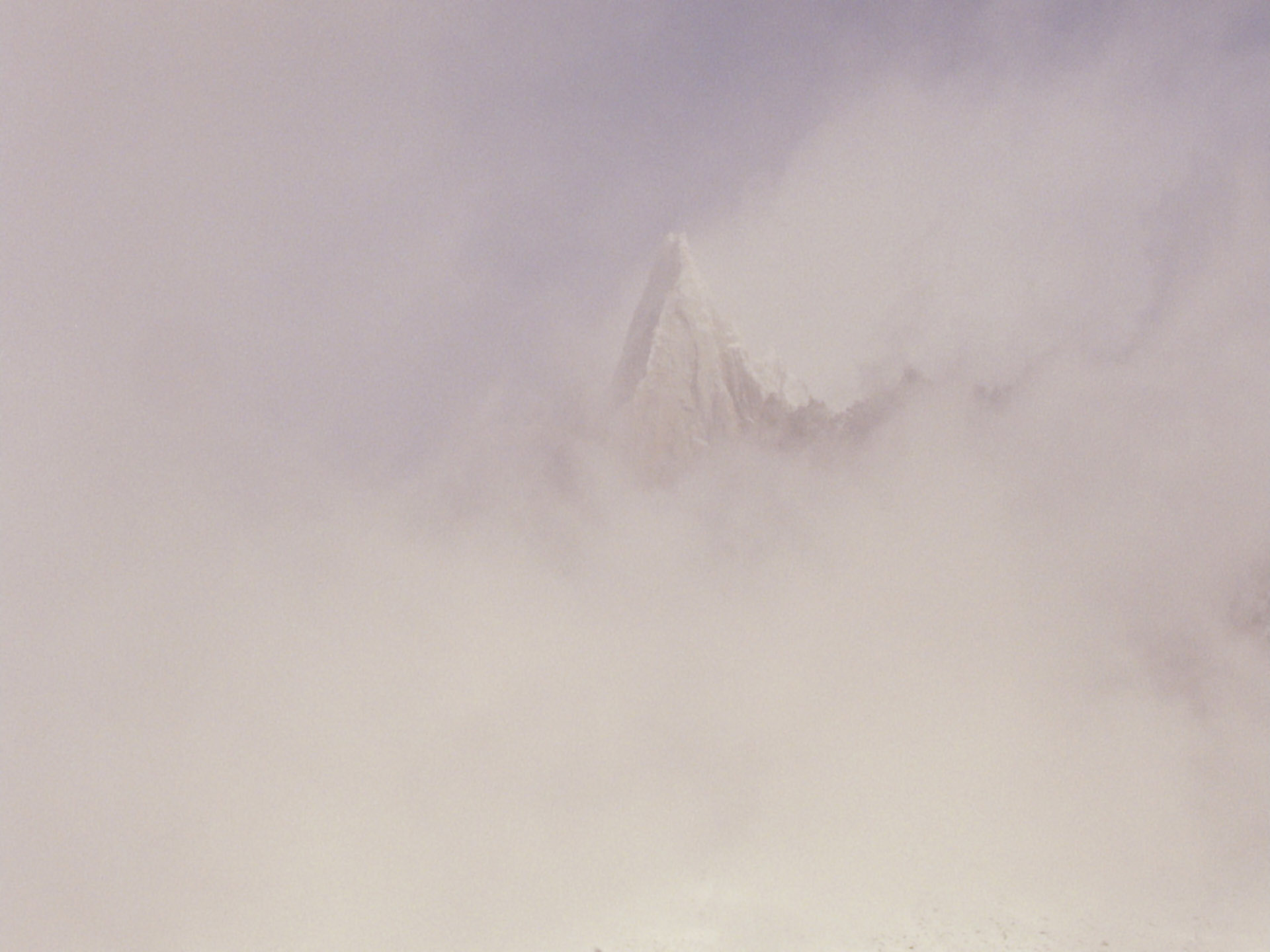 Did You Know Blue Had No Name?

Please schedule a time to visit the gallery here.

‍Did You Know Blue Had No Name? explores epistemological aspects of “blueness” through various historical narratives, examining the relationship between the color blue and mountaineering, early photographic technologies, art history and how knowledge is ascribed and recorded. As a starting point, the project investigates 18th century Swiss scientist and alpine enthusiast Horace-Bénédict de Saussure’s cyanometer, a device he created for measuring the blueness of the sky. Saussure’s quest to test his apparatus and theories on blue led to a contest inspiring the first expedition to the summit of Mont Blanc, the highest mountain in the Alps. The quest for blue likewise incited challenges in early photography, as blue skies were difficult to record; this led to innovations such as split printing and challenged the “truthfulness” embedded in the medium. Such evasiveness exists also in ancient texts, where no word for blue exists. The word blue only makes an appearance in recorded language after the color was extracted for pigment. This project weaves together these and other histories of blue, commenting on issues of in/visibility, innovation, conquest and the contest.

Elise Rasmussen is a research-based artist who works with lens-based media. She has exhibited, performed and screened her work internationally including at venues such as the Brooklyn Museum, the Bronx Museum, Pioneer Works (New York), Night Gallery (Los Angeles), Haus der Kulturen der Welt (Berlin), Belvedere 21 (Vienna), Sharjah Art Foundation (UAE), Institute of Modern Art (Brisbane), Dazibao (Montreal), TRUCK (Calgary), Doris McCarthy Gallery at the University of Toronto, and ESP | Erin Stump Projects (Toronto). Elise received her MFA from the School of the Art Institute of Chicago and has been an artist in residence at a number of institutions including the Irish Museum of Modern Art (Dublin), the Nirox Foundation (South Africa), La Becque (Switzerland), LMCC (New York), Shandaken Projects (Storm King), SOMA (Mexico City), the Banff Centre (Alberta) and was a 2016 Fellow in the Art & Law Program (New York). Elise has been written about in publications such as Art in America, BOMB Magazine, Hyperallergic, Canadian Art and the New Inquiry, and has received grants and awards from the Jerome Foundation, the Canada Council for the Arts, NYFA/NYSCA, Contact Photography Festival, and the American Austrian Foundation. Born in Edmonton, Alberta, Elise is based in Los Angeles, CA.

Did You Know Blue Had No Name? was made with the generous support and assistance from the Canada Council for the Arts and the Barbara Spohr Memorial Award & Fleck Fellowship from the Banff Centre. This work was made on artist residencies at the Lower Manhattan Cultural Council’s Workspace Program, the Banff Centre and Shandaken Projects. Special thanks to the Bibliothèque de Genève for providing access to H.B. de Saussure’s original cyanometers.