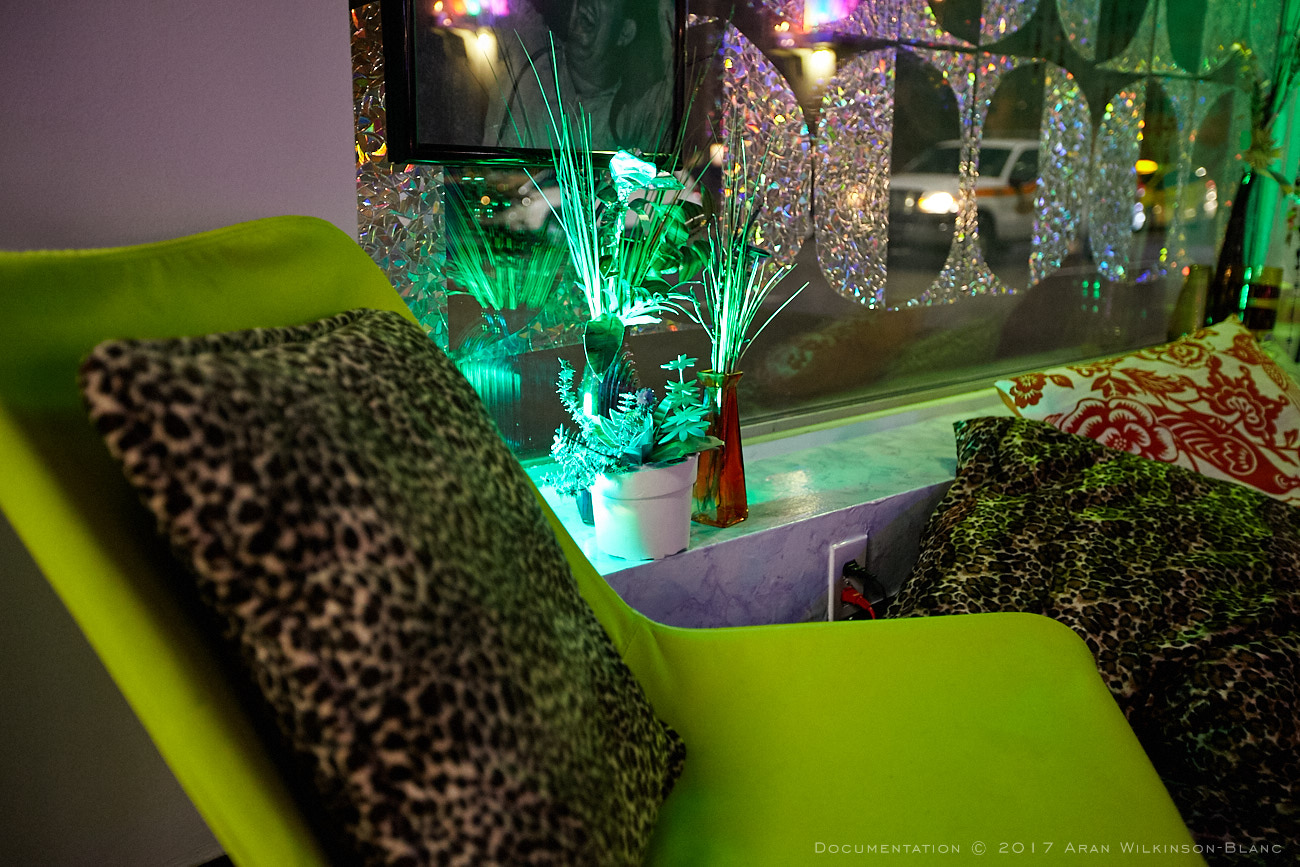 Combining iconic imagery, popular media, and tactile objects in the creation of an immersive, set-like environment, The Bitterness of Bad Solitude (or To be Lost in Something you Designed Yourself) emanates a curiously unsettling energy. This uneasy spectre can be accounted for by the forced amalgamation of visual languages borrowed from generally antithetical points of reference; the exhibition shamelessly appropriates interior design elements from flashy night clubs, archetypical religious architecture, haunting Masonic temples, stale basement AA meetings, and subterranean government bunkers.

The Bitterness of Bad Solitude (or To be Lost in Something you Designed Yourself) aims to challenge tacit conventions of morality, acceptability, deeply-held-beliefs, and the power structures which determine value. The installation, a many-headed, visually cheeky, but earnest beast, offers itself as a testing ground for otherwise infrequent conditions for vulnerable, interpersonal connections, spontaneous disruptions to the predictability of daily rituals, and renegade brainstorming for radical futures.

Hannah Doerksen is a Calgary-based visual artist who received a BFA from the Alberta College of Art and Design in 2012. During her studies, Doerksen attended the New York Studio Residency Program in Brooklyn and the California Collage of Art in San Francisco. Since graduating, she has exhibited in Brazil, the UK, the United States and throughout Canada. Recently, Doerksen has developed installations for the Art Gallery of Alberta, Walter Phillips Gallery and The Art Gallery of Guelph.