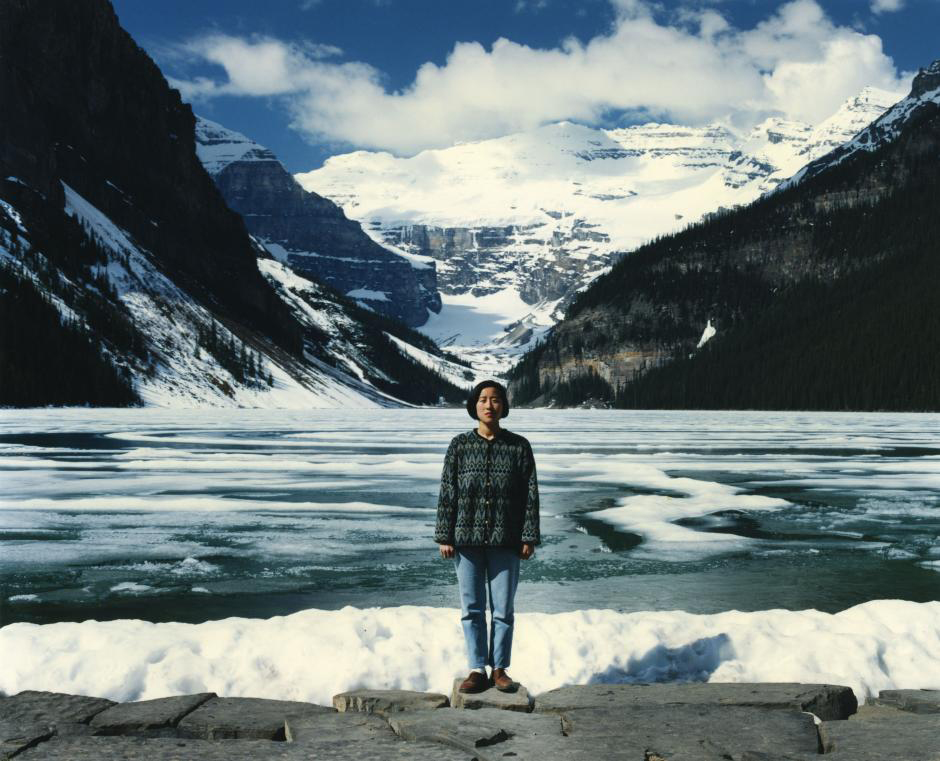 we’re not supposed to be here

“Before I was sent on assignment to cover the Alberta Biennial last year, I had never been farther west than Sarnia in the 11 years I had lived in Canada. Ahead of my trip, I asked friends and acquaintances, on Facebook and IRL, what to expect of Banff. Settlers of all backgrounds told me of ‘Banff magic,’ that the landscape would stun me, that I’d have intense dreams, that they’re caused by the rose quartz that the land supposedly rests on. Rolling up to Banff on a shuttle full of retired straight white middle-class couples, I watched as they gawked at the mountains, increasing in magnitude as we snaked our way closer to Banff; I remembered seeing white tourists gawking similarly at ancient ruins in Egypt, where I was born. Arriving in Banff, on the solstice, the first thing I wrote in my notes was, ‘we’re not supposed to be here.’ My time there was marked by a kind of lethargy my body had only known when I was winter-depressed. I wondered if it was a symptom of the land’s resistance to settlement. Following this trip, I consulted Corleigh Powderface—a Stoney Nakoda Traditional Knowledge Keeper—to debunk settler mythologies around a land that has always been too sacred to be settled by Indigenous peoples. Through a narrative retelling of my observations made on this first trip to Banff, this very informal talk (taking place a week after I’ve returned from my first trip back to Egypt since 2006) seeks to explore questions like: how do Banff National Park and West Edmonton Mall’s World Waterpark respectively simulate, manicure and circumscribe terrain? Why is settler fetishization of the land so problematic? Can settlers talk about stolen Indigenous land, however ‘magical’ it might be, in ways that aren’t gross and colonial? Audience participation encouraged and desired.”

Merray Gerges is a Toronto-based art critic, editor and investigative journalist. She studied art history at NSCAD and journalism at King’s University in Halifax, where she co-founded and co-edited CRIT paper, NSCAD's first student newspaper in a long time. She was a Hyperallergic mentee at the Walker Art Center and the inaugural writer-in-residence at the Art Gallery of Nova Scotia in 2015, and in summer 2016, she was editorial resident at Canadian Art, where she is now assistant editor. Her reporting and criticism have appeared in Canadian Art, C Magazine, MOMUS, the Walker Art Center Reader, Hyperallergic and more, discussing topics ranging from the radical potential (and shortcomings) of intersectional feminist memes to art-world race politics.