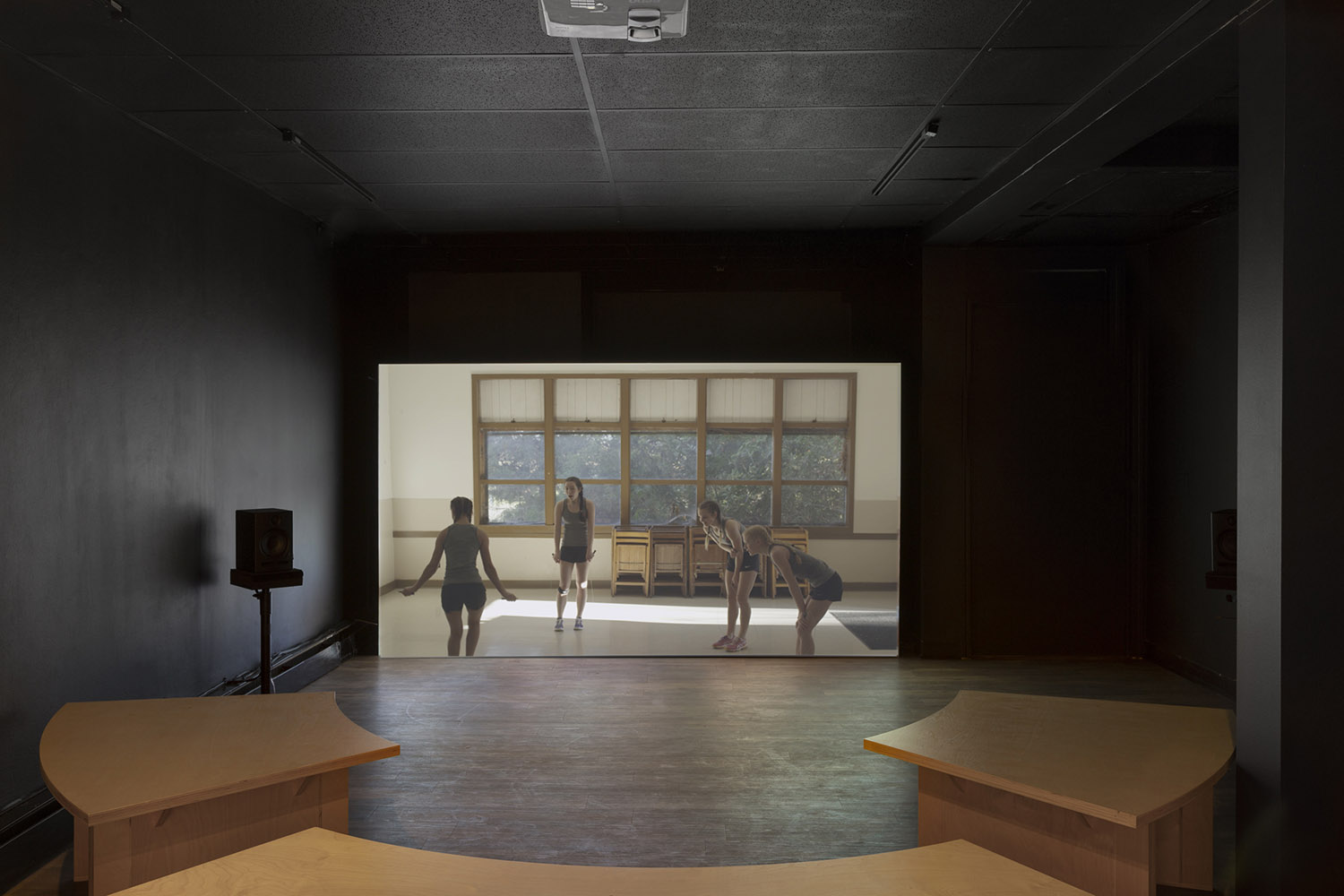 What if we were alive

The what if is a room furnished only with possibilities and a few hardy house plants, one of which flowers over the summer months. The room exists in a parallel time and place to the room you are currently sitting in.

What if eating a hot dog so fast was better than the gold? What if hot dogs are the real hometown glory?

What if the family, lost in a corn maze, is the same feeling—electric, tender—as that kiss in the summer grass: dewy?

What if dogs exist outside of capitalism?

What if there was a place where I can work on my screaming (art screaming)?

What if you ate an orange with total abandon, and it was political, personal?

What if we said no, all at once, to a world on fire and we used our glass of water to quell the flames and be damp instead?

What if you put your three longest fingers into the ocean?

What if instead of diving, I turned around and took the ladder back down?

What if we all said that’s OK?

What if we were alive?

Bridget Moser is a performance and video artist whose work is suspended between prop comedy, experimental theatre, performance art, absurd literature, existential anxiety and intuitive dance. She has presented work in venues across Canada, including the Art Gallery of Ontario, Mercer Union, Gallery TPW, MSVU Art Gallery, Dunlop Art Gallery, PLATFORM Centre, and Western Front. She has presented projects throughout the US and Europe, and has been a resident artist at Fondazione Antonio Ratti in Como, Italy and guest faculty at The Banff Centre. Her work has been featured in Canadian Art, C Magazine, Visual Arts News, Artribune Italy, and a collaborative artist book published by Mousse Magazine. She was shortlisted for the 2017 Sobey Art Award representing the region of Ontario.

Steve Roggenbuck is an American poet and video artist whose work has explored the new forms that literature and humor can take on the internet. He is most known for his Youtube videos, which have accumulated over 1.5 million views online and were featured in the New Museum’s 2015 Triennial in New York City, the Oslo Poesifilm Festival in Norway, and Rowing Gallery in London. His work has been covered by the New York Times, ARTnews, The Guardian, Rolling Stone, NPR, The Fader, Gawker, and The New Yorker. He has published six collections of writing and performed his poetry at over 300 events in ten countries and all 50 United States. He is the founder of Boost House, a poetry publisher in the United States, and several podcasts. He is currently studying premedical science and organizing with the International Socialist Organization in Syracuse, New York.

Oualie is a beach, except in Calgary this time.
Irresolvable mental-scapes, sadness, fear, and curiosity fuel them.
Feel free to inquire about the microwave cookbooks.

Allison Hrabluik is an artist and filmmaker originally from Calgary, now living in Vancouver BC. She graduated from the Alberta College of Art & Design in 1999, and the Higher Institute for Fine Arts (HISK) in Ghent, Belgium in 2007. She teaches at Emily Carr University of Art & Design.Allison’s short films celebrate life’s crazy contradictions through a mix of narrative and documentary. Her short film The Splits premiered at Kassel Dokfest, Germany in 2015 and is in the collection of the Vancouver Art Gallery. The Splits features a cast of 25 performers who gather together in a hall to perform a range of activities from dog training to hair cutting, hot dog eating to speed skipping. Through their juxtaposition in editing a loose narrative has emerged, one that plays with physical and gendered expectations, and pictures the beauty and absurdity of how we move with and against the grain of our daily lives.

Salote Tawale was born in Suva, Fiji Islands and grew up in the south eastern suburbs of Melbourne, Australia and is now based in Sydney, NSW. Tawale has been a lecturer and tutor in Photomedia and studio practice at Monash, Deakin Universities and at UNSW. She has developed and taught various workshops for school and community groups over the past 20 years.