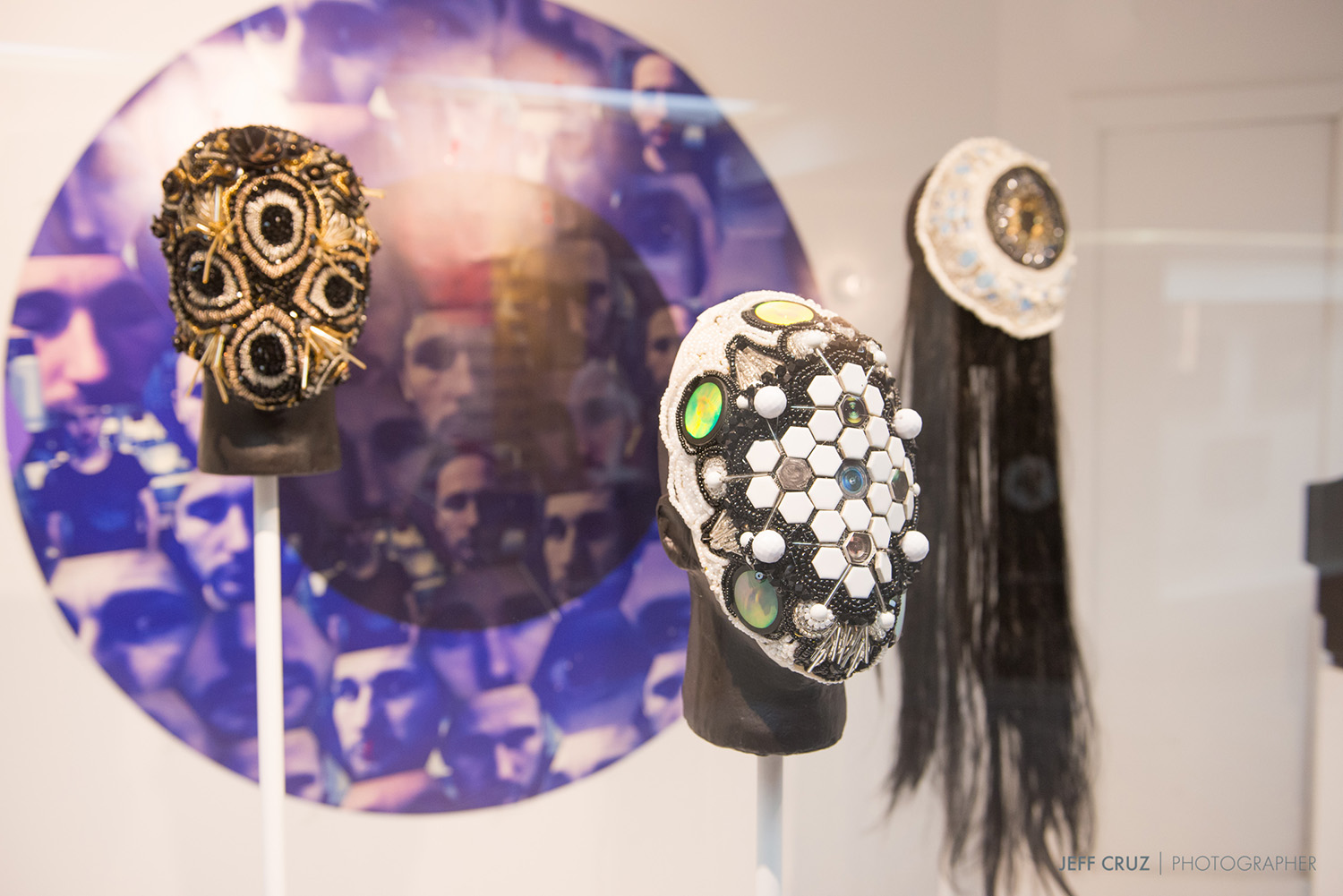 Witness is a photographic installation that re-examines a recent assault, which took place outside a gay bar in my hometown. When leaving the bar, I witnessed a woman being dragged by her wrists, across the cement by a security guard. I decided to step in and tell the guard to stop, and as a result I was punched in the nose by that same guard. The women on the ground was taken by her friend and I went to the police station. As I sought to press charges, the need for video footage and other witnesses of the assaults on the women and myself, proved vital for the police to believe me. I was encouraged to make the situation public in the hopes of finding video footage. The photograph of my bloody face along with my plea for evidence was shared over 600 times, eventually leading to the surfacing of a video. The photo taken on the floor of the police station became evidence.

This installation looks at and personifies the three types of viewers in this situation, seeking to make a distinction between the witness (a person who actively recorded video or spoke to the police), the bystander (a person who chose to do nothing), and the participant (myself). Through this exhibition I hope to create a dialogue about best practices for action when witnessing violence. What would you do? What should you do when a member of your community is being hurt? Through creating a series of masks and photographs I hope the viewer will distinguish the difference between the three viewers personified in the exhibition and question the use of photography as a tool to validate an experience. As a queer artist I began to question whether or not “safe space” for members of the LGBTQ* exist, or rather if we only have “safer spaces” where patrons have to actively protect each other.

Humboldt Magnussen is an artist/curator from rural Saskatchewan. In 2014, he completed a MFA in Interdisciplinary Studies at OCAD University, focusing on performance art and masculinity studies. He has exhibited his work across Canada and internationally; notable exhibitions include 'Every Now and Then, Reframing Nationhood' at the Art Gallery of Ontario and 'Show. 17' at the Idea Exchange. His recent body of work investigates queer community and notions of safe space through a personal perspective. He is interested in how complicated notions of identity and gender/sexuality can be visualized. Magnussen is the co-founder (along with Marjan Verstappen) of Younger Than Beyoncé (YTB) Gallery, a nomadic artist-run centre in Toronto, Ontario.